More than 294,000 Floridians wore the uniform of the Armed Forces of the United States during the three-year war. There are 157 Floridians still unaccounted for as a result of fighting on the Korean peninsula. 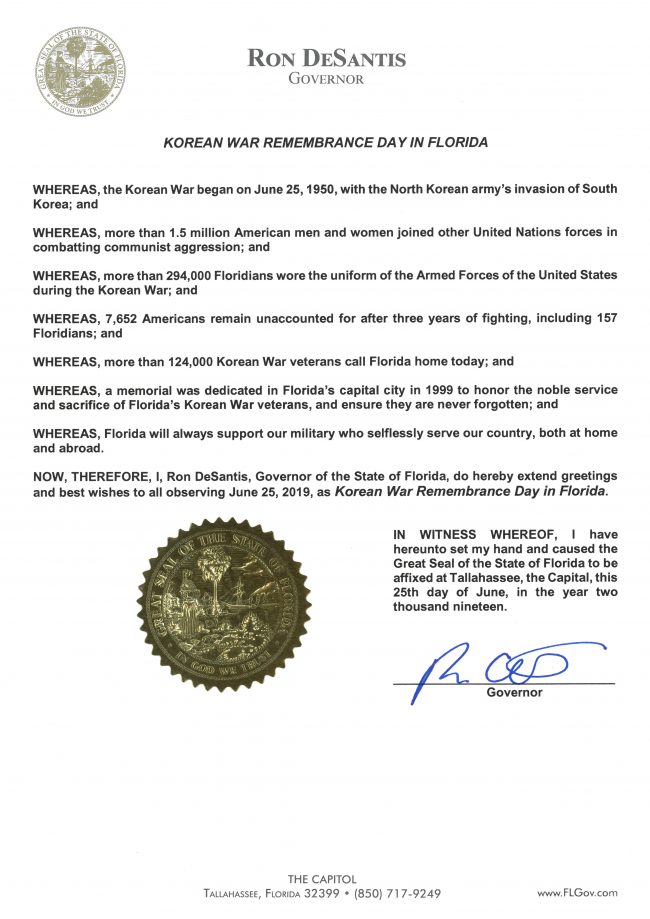