TALLAHASSEE — Gov. Rick Scott has signed the annual State of Florida Korean War Remembrance Day Proclamation. June 25, 2018 is the 68th anniversary of the beginning of the Korean War. More than 294,000 Floridians wore the uniform of the U.S. Armed Forces during the three-year conflict.

More than 34,000 Americans were killed in action during the war, with approximately 103,000 wounded and more than 7,800 missing, including more than 150 Floridians. 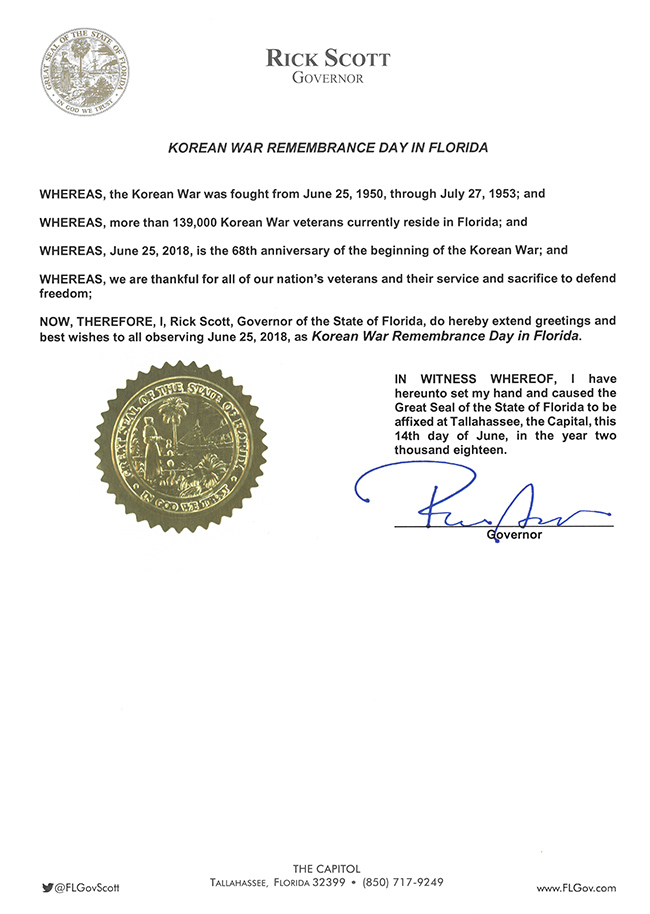