TALLAHASSEE – Gov. Rick Scott and the Cabinet of the State of Florida issued a resolution recognizing March 30, 2017 as Welcome Home Vietnam Veterans Day.

“We must take every opportunity to recognize the brave men and women who served in our armed forces and defended our country,” said Governor Scott during the March 14 Cabinet Meeting. Florida is committed to being the most military and veteran friendly state in the nation and we must give back to those who sacrificed for our freedom.”

To thank and honor veterans of the war on behalf of a grateful nation, the State of Florida in 1985 erected a Vietnam Veterans Memorial in Tallahassee next to the Capitol building.

One out of three veterans in the State of Florida is a Vietnam-era veteran, according to the U.S. Department of Veterans Affairs.

“Our country’s brave Vietnam Veterans stepped up to defend our country during a time where military service was underappreciated,” said retired Army Lt. Col. Glenn Sutphin, executive director of the Florida Department of Veterans’ Affairs. “Our service members kept faith and proudly served our great country. We continue to honor their service today.”

WHEREAS, throughout our history, courageous men and women have donned the uniform of our Armed Forces and built a noble tradition of faithful and dedicated service; and

WHEREAS, the United States Department of Defense is commemorating the 50th anniversary of the Vietnam War to thank and honor veterans of that war on behalf of a grateful nation; and

WHEREAS, more than 58,000 service members, including more than 1,900 from Florida, made the ultimate sacrifice during the Vietnam War, and 1,617 remain missing in action, including 56 from Florida; and

WHEREAS, the families and friends of missing service members continue to endure uncertainty concerning the fate of their loved ones who remain unaccounted for; and

WHEREAS, the State of Florida is home to more than 496,000 Vietnam-era veterans; and

WHEREAS, the Sunshine State honors its Vietnam Veterans with the Florida Vietnam Veterans Memorial in Tallahassee, Vietnam War Veteran license plate, and high school diplomas for draftees unable to complete their education; and

WHEREAS, we can never fully repay our debt of gratitude to those historic men and women who served, were wounded, or even died in battle, and this presents the opportunity for the people of the Sunshine State to honor and thank our Vietnam Veterans for their service to our country.

NOW, THEREFORE, BE IT RESOLVED that the Governor and Cabinet of the State of Florida do hereby recognize March 30, 2017 as

BE IT FURTHER RESOLVED that the Governor and Cabinet of the State of Florida encourage citizens to participate in local Welcome Home Vietnam Veterans Day activities honoring the men and women who have stood watch over America. 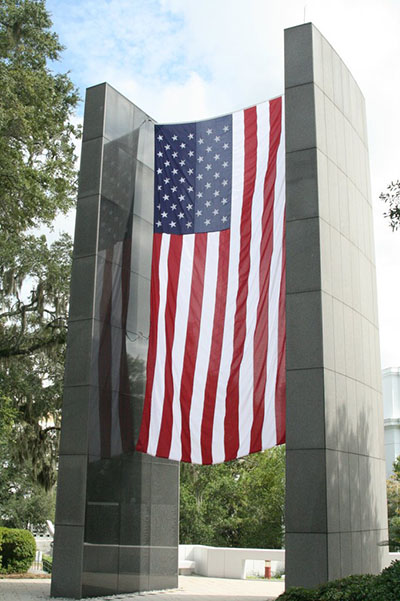