Nominations Open for Florida Veterans’ Hall of Fame Class of 2020

Those nominating a veteran will need to complete a nomination packet that can be downloaded from https://floridaveteranshalloffame.org/. Nominations are based on established selection criteria including recognizing veterans who, through their works and lives during or after military service, have made a significant contribution to the State of Florida through civic, business, public service or other pursuits. Posthumous recommendations are also welcome.

The Florida Veterans’ Hall of Fame Council, a seven-member advisory panel, is responsible for accepting nominations to be considered for induction into the Florida Veterans’ Hall of Fame. In selecting its nominees for submission, the council gives preference to veterans who were either born in Florida or adopted Florida as their home state. Each year, the council transmits its recommended list of nominees to the Florida Department of Veterans’ Affairs, which submits the nominations to the Governor and Cabinet, who select the nominees to be inducted. For more information, visit https://floridaveteranshalloffame.org/. 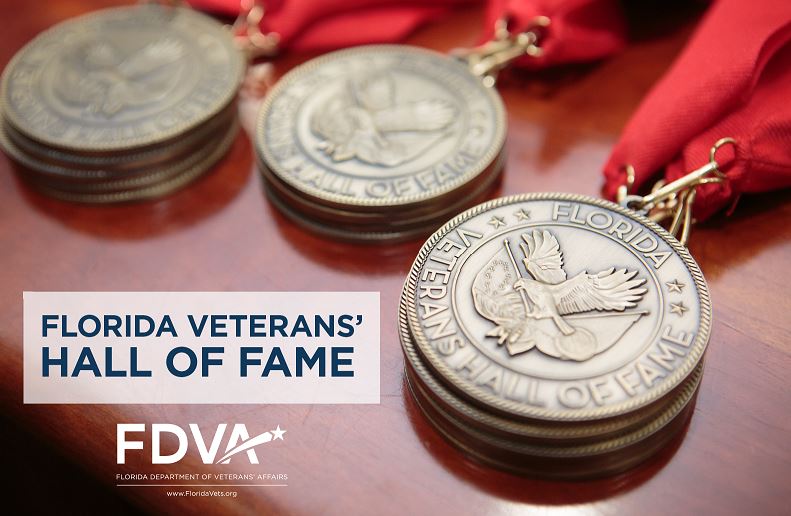